The design and use of strategic cost management systems are oriented around the application of three basic tools: cost and revenue driver analysis, value chain analysis, and strategic positioning analysis.

Important developments during the past two decades include activity-based costing, target costing, life-cycle costing, customer profitability and value analysis, along with models for measuring and managing quality, environmental and capacity costs. These systems are designed to provide managers with relevant, accurate and timely information, by:

Managers need to be able to identify opportunities for improvement, weigh trade-offs, set priorities, and take actions to reduce costs and increase revenues which are consistent with intended strategies.Profit-linked models can be refined in many ways to make them more useful for strategic cost management.

For example, the measures can be broken down further.

Productivity and capacity utilisation can be divided into measures of pure technical change.  Innovation highly influences changes in the structural cost drivers.  Revenue drivers are affected when they involve simultaneous improvements in product quality.  Changes in technical and allocation efficiency capture the impacts of changes in economies of scale. 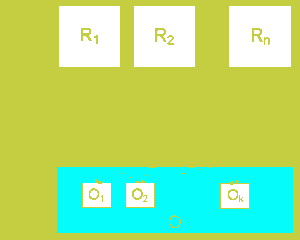 Continental Airlines entered deregulation as a relatively high-cost, moderate-quality carrier.  They reduced costs but without much emphasis on exploiting bargaining power over labour, realigning its network into a hub-and-spoke system, or maintaining fare levels. As a result, its price recovery was slightly above the sample average, productivity was below average and increasing, and low capacity utilization.

When Frank Lorenzo took over Continental in October 1981, he immediately began to pursue a low cost leadership strategy, in manners reflected in increasing productivity and capacity utilisation but declining price recovery. The strategy cost management included hub efficiencies, high productivity, low fares, and aggressive efforts to exploit bargaining power over suppliers. During this period, productivity increased, but labour management problems led to strikes by mechanics in August 1983 and pilots and flight attendants in October 1983.

In September 1983, Lorenzo filed for bankruptcy protection, eliminated nearly two-thirds of Continental’s employees, rewriting their contracts,  reducing wages and salaries by nearly 50%, cutting benefits, and imposed work rules to increase productivity.  Productivity did not decrease much during the mechanics’ strike because Lorenzo hired replacement labour and continued operations at 85% to 93% of normal levels. The pilot and flight attendant strikes and bankruptcy proceedings are reflected in a sharp decrease in productivity, as Continental maintained less than 80% of normal services.

In January 1984 Continental emerged from bankruptcy as a low cost carrier, with increasing productivity and capacity utilisation but decreasing price recovery. Although there were claims that Continental was improving service quality during this period, the airline had one of the poorest record of complaints in the industry. Finally, they expanded and threatened competitors aggressively. Based on strategic cost management, Lorenzo repeatedly initiated changes which increased the intensity of competition.